Technology and medicine have always gone hand in hand. With even the most basic of technological advancements, the medical field was quite to incorporate relevant ones. What was deemed an act of God, was eventually put under the microscope and found to be a treatable disease, like the common cold.

But how is modern-day technology changing things? We break down a few ways technology is advancing surgery here.

Virtual reality has taken off as a way to immerse, mainly video game players, in another world. But as copies of Resident Evil leave the shelves, other industries have found other ways to use virtual reality to their advantage. This is mainly done in training. Surgeons are using virtual reality in medical school to teach budding surgeons routine procedures before they move on to actual practical situations. It is slotted nicely in among cadavers and stitching orange skins as a means of hands-on experience without putting real lives in danger.

Stanford Medicine is one such organization that is using VR, but this isn’t a game of virtual Operation. They combine detailed software of data taken from MRIs, CT scans and radiograms to recreate a “three-dimensional” model. When the model is accurate inside and out would you still call that 3D?

The reason that doctors either advise alternatives before surgery or try to keep surgery as short as possible is that the longer a patient is on the table, the more at risk they are. Not only does anesthesia have an effect on the body the longer they’re under but there is more and more chance of contamination while they are open on the table.

All that is to say that any technology that keeps the operating theater as clean as possible and lowers the risk of contamination is hugely impactful to medicine.

There have been a few items released lately that come under this umbrella. The self-retaining retractor is one of them. The Galaxy II is an upgrade of an established tool that allows surgeons the use of a retractor that needn’t be held or adjusted by an extra assistant. The fewer people that are in the operating room, the less chance of contamination, so eliminating one person with one job is hugely beneficial to the patient.

Over the past decade, hospitals have embraced having an interconnected database of information. Nowadays, rather than a clipboard, you’ll see doctors doing their rounds with an iPad. Every patient’s file is on hand, ready to be accessed and updated as needed, carrying all information from any other medical organizations, like their family doctor.

To add to that, the world’s biggest medical encyclopedia is sent straight to these devices. Doctors can look at an anomaly and ask the database for answers and can access the latest medical reports for the most cutting-edge treatments. 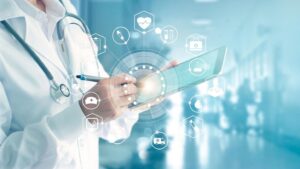 How to Maintain a Work-School-Life Balance As a Nurse 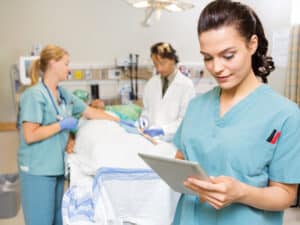