According to a figure provided by the National Institute of Drug Abuse, more than 130 people die every day due to overdosing on opioids.
The number of drug addicts is increasing with the passage of time. That the youth of the society leading astray is the cause of greatest concern. The situation has really reached a grim and appalling point.

Let’s conduct a study to identify the factors that propel the exponential growth of Drug Addicts in society.

Drug Addiction or substance Addiction is that mental state where the individual shows their servitude to Drugs.

It can not stop the urge of taking drug dosages. Substances such as Alcohol, Marijuana, Nicotine, methamphetamine, etc are considered drugs.

An individual experiments with recreational drugs in certain social situations, like in a group of friends and peers. For others particularly Opioids, drug addiction initiates with exposure to prescribed medication.

The person goes on to use the drug to relieve pain. Slowly the body gets accustomed to the dosages. It requires higher dosages.

Thus the individual entered into the periphery of Addiction where from there is the point of no return.

Noteworthy Statistics On Addiction In America

That Addiction has spread far and wide in America, is vindicated through certain facts and figures.

This could therefore be identified that the past, present, and future remains bleak and misty. The road ahead looks extremely murky.

The situation is too appalling, and that requires intervention from the Government.

There are certain factors that affect the likelihood of you getting addicted to drugs. These factors could impact individuals irrespective of any age or sex.

When you are in your green-horn days you take experimental drugs under the influence of your friend. Parental Supervision is one such thing that is a must.

If you behave highly aggressively right from your young school days, there is a chase that you have started taking drugs.

Individuals who go on to become drug users in the later stages are generally hot-tempered at the initial stages.

This is a general tendency observed among rude and aggressive behavior individuals.

Genetic Predisposition is the key term associated with this case. This denotes that if some of your blood relations like parents, and siblings are drug-addicted, there are high chances that you might turn drug addict.

If your anterior generation has some kind of substance addiction, your turn vulnerable.

Peer pressure is one of the factors that increase your chance of getting addicted to substances.

In the initial phase, you try out experimental drugs only for the sake of enjoyment. You will not realize when you have gotten yourself addicted to the substance.

If you are using drugs at an early age, there is a high chance that you will become a drug addict.

This is a dangerous development because it could stop your development right from the onset of your life. Therefore the risk of getting addicted increases with the passage of time.

If you are mentally retarded, that is you suffering from anxiety and depression, there is a high chance of being affected by drugs.

This is because using drugs can become one way of coping with painful feelings like anxiety and depression.

Symptoms That You Are Drug Addict

You need to understand that when you are reaching toward Addiction, your mind will be firm not to believe it at all.

You will tend to think that things aren’t that mature and there is no problem going with it till further intimation. Therefore know the symptoms of drug addiction:

1. You are having some intense urge now this thought superimposes all other thoughts. Other thoughts get blocked or turn secondary.

2. Over time you need more intensity of drugs so as to satisfy your addiction.

3. Even though you are short of funds, you are keeping aside other needs to buy Drugs.

4. You make sure that the supply of drugs doesn’t turn intermittent.

5. Not meeting the responsibilities either at home or in the office. You are even indifferent and non-participatory in the sporting activities you once loved.

6.  You could even bring yourself down to stealing so as to procure Drugs.

7. You are driving or taking part in risky activities under the influence of drugs.

8. Experience withdrawal when you attempt to stop taking drugs.

When To See A Doctor?

If drug abuse is causing havoc in you and this has gone beyond your control, you need to see a doctor. Therefore make an appointment to see a doctor when:

Drug Abuse or substance abuse has taken a colossal attire. And it has indeed become an issue for the Government in the US or other countries around the Globe.

The US Government is constrained to spend lump sum money on the treatment of Drugs Addicts. This takes a heavy toll or burden on the entire economy.

 3 Tips for Smooth Recovery From The Comfort Of Your Home

 Protein: Why Is It So Important & Which Forms Should You Consume It In 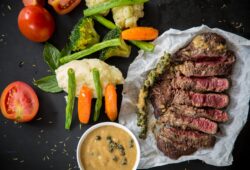 The Science of Addiction : Drugs, Brain and Behavior